No need for Cards Against Humanity! We’re not sure whether Max Tempkin or Elan Lee have ever told the world what their favourite party games are, but Richard Homewood is betting the list would be look a little like this…

There’s a reason that we played this game back in college – there’s just nothing more entertaining than finding out outrageous and hilarious things about your friends and roommates. My first experience playing the actual card game in a group was during a college O-Week. We played the game high up in the College Tower. With most of us under 20 at the time I expected to hear little more than a few funny sex stories, boy was I wrong!! 10 minutes into the night and 10 tequila shots later, one particular Chilean revealed that he had not only had foursome, he had also slept with his ex-gf’s mum (and never told the gf!!!), AND, he had had sex with a BLOODY GOAT!!! No damn kidding – you couldn’t make this stuff up – only in South America, I guess……

When you’ve burned through all the expansion packs for Cards Against Humanity, these guys might just be your next best port of call! The reviews on Amazon are mostly excellent and apparently the game fits naturally with the original version. They claim to be a crappy third party rip off but many pundits say it’s the best expansion yet!

The game is available on Amazon here. 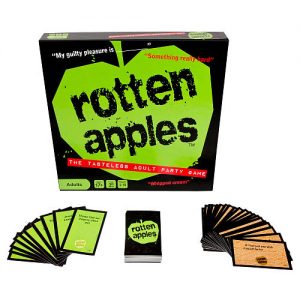 Basically the naughty sibling of Apples to Apples, this hilarious and often tasteless game leads players to combine two sets of cards to complete outrageous phrases. This card game will have you discovering how out-there your friends really are and who in the group is the most rotten apple of all! 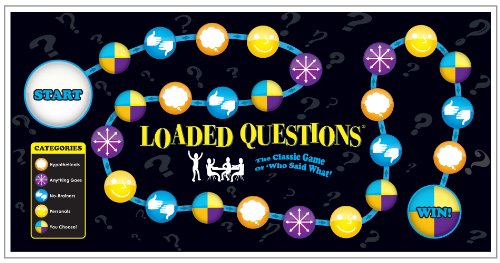 If you’re looking for fun board games for an adults party, this is it! Its questions will evoke laughter, spark discussion, and have you reminiscing about things you hadn’t thought about in years. The player who rolls, reads the question for the color they landed on. The four question categories are: Hypotheticals, Anything Goes, No-Brainers, and Personals. Hypertheticals could include: would you rather have sex with one goat and have to tell the whole world (my Chilean friend), or have sex with 1000 goats not have to tell anyone?? 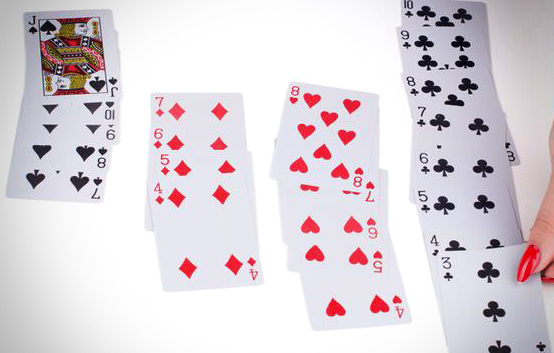 This game just involves a regular deck of cards but I have included it because sometimes a regular deck of cards is all you have around. Play starts by someone placing the 7 of diamonds face up in the middle of the table. This is the card everyone must build on, in either direction – that or play another 7 to create another stack to build on. You might say this doesn’t sound like a party game….BUT….I challenge you to play this drunk with a group of friends and not get high from the rich combination of dark humour and strategy required to be a true champion. The first time I played this game was in Sumatran Jungle – our tour guides were all high as kites and convinced themselves (and us!) that their uncanny powers of deception resulted from being magicians…..I know, it sounds nuts, just play the game 😉 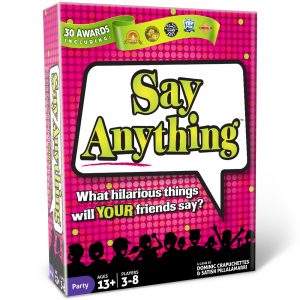 This game is the best way to get to really know more about your friends than you probably ever want to! With the US election looming, this game should probably replace the debates – right now most people are wishing that Hillary could just start saying something outside lying & Trump could maybe say a little less about everything! 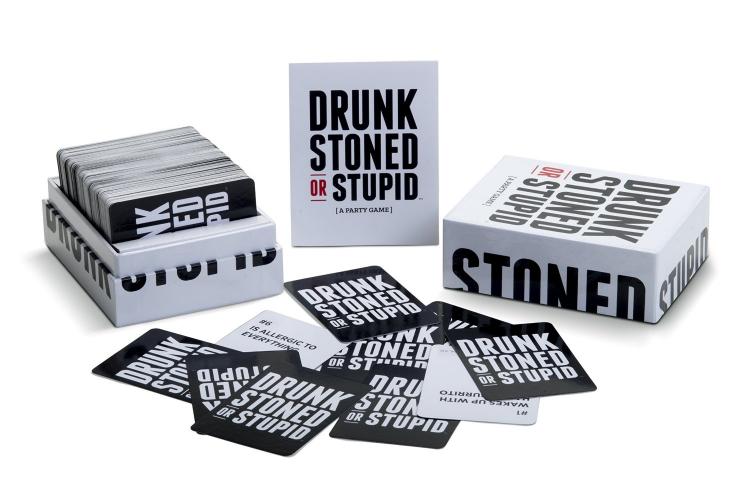 This game is a great source of group entertainment. The game consists of 250 slogan cards to reflect people’s personalities. I’ll keep it simple – you don’t need to be drunk, stoned or stupid and you will still find this game hilarious!

3. The Game Of Things 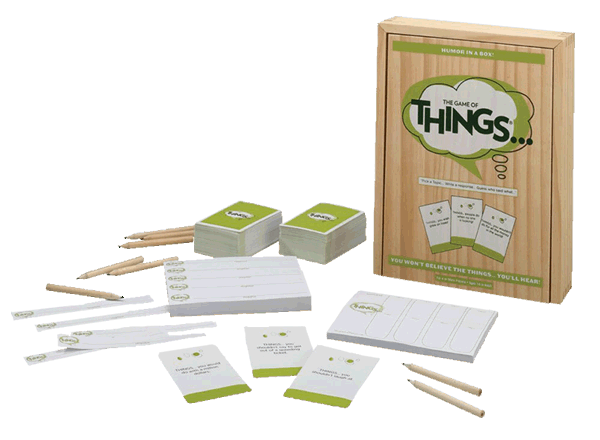 This game will have your jaw dropping to the floor from all the hilarious shenanigans you’ll hear about from your friends. The game is simple – someone draws a topic card like “things David Cameron was thinking about when he had sex with a dead pig”. After everyone writes down a response, you all have to guess who said what and let hilarity take over!

Game is available on Amazon here. 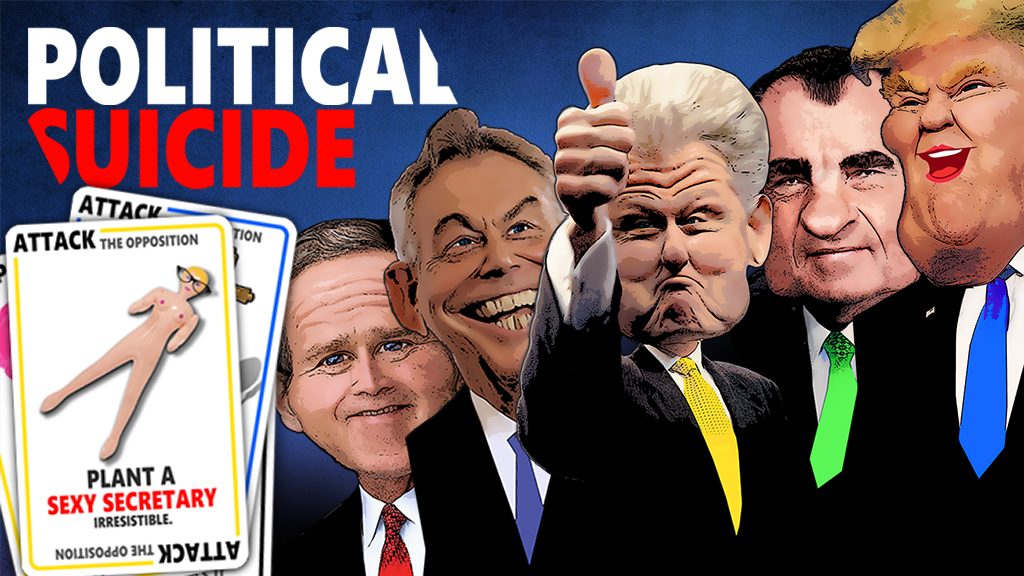 With Donald Trump and the US election the hottest topic of 2016, it’s this game is getting so much coverage! The game itself is hilarious and combines elements of Snap, 500 & Shithead to create a bloodbath of laughter! Each player has committed three political suicides that they must keep secret at all costs. Do this by legalising your shocking acts of corruption, racism of adultery, or simply distract the opposition with the Panama Papers, a rigged by-election, or a wild Bunga Bunga party. This game has become the new favourite in my household – only regret is that now we’re not playing anything else!

Not a real party game but good for a party! Available for sale at any bottleshop.