The Best, The Bad, The Awful: The Funniest Moments From The 2016 US Election

This Election season Political Comedians have featured heavily as the main mode of coverage of Trump’s rise. Between the likes of John Oliver from Last Week Tonight, Jimmy Fallon from the Tonight Show, and Stephen Colbert from the Late Night Show, we have all witnessed some truly incredible theatrics – check out our pick of the highlights below!

Fallon delivers gold when as Trump he states: “who better to interview me, than me?” This clip is Jimmy Fallon at his best!

2. It’s On The Hat with Stephen Colbert

Colbert perfectly sums up both the ridiculous hilarity and remarkable effectiveness of Trump’s use of his hat as a prop for his campaign – brilliant!

There have been many Trump/Sanders impersonations throughout the election process but the Trump/Bernie debate on Fusion TV is by far the funniest! Seriously, the comedians James Adomian (Bernie Sanders) and Anthony Atamanuik (Donald Trump) are both way funnier than Saturday Night Live – the crowd is YUGE, the jokes are YUGE, and their voices are YUUUUUUGE!!!!

Who would have thought that describing your penis size during a debate would come as a prelude to a Presidential victory…..

Jeb Bush really was a sad and funny story during the election cycle – Trump literally takes this guy who was polling at 40% and turns him into America’s mummy’s boy – “Low Energy Jeb”.

The best of the Final Debate

From jail threats to wikileaks, the final Presidential debate stands in a class of its own – MUST WATCH if you haven’t already…..

With any hilarious Presidential cycle comes pricess political creations – here’s our pick of the top two: 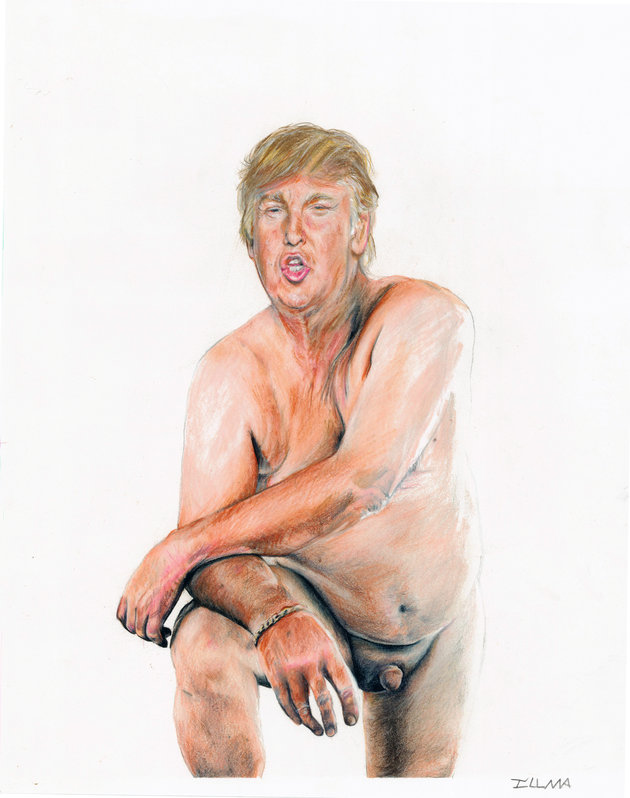 Originally painted in the US, this timeless classic was subsequently moved to the UK after American museums all refused to house the painting out of fear that they would be looted! This tribute to Trump ended up selling to a British Gallery for 1 million pounds!

The Political Suicide Card Game – fortuitously released 9 months before the election result – has been hailed as the “Saturday Day Night Live” of card games! The game captures the greatest political suicides of all time and includes Trump, Bush, Clinton and Nixon. While tagged as the perfect boyfriend gift, this game will have the whole family in hysterics!